Fashion Nova, an erstwhile brand collaborator to artists Cardi B and Megan Thee Stallion, is in hot water over alleged efforts to suppress negative reviews of its products online.

The fast fashion juggernaut is being fingered by the Federal Trade Commission (FTC) for filtering consumer feedback on its e-commerce site — and settling the issue will come with a hefty fine, Sourcing Journal reported this week.

The FTC, which is tasked with protecting consumers and businesses from deceptive or anti-competitive practices, revealed Tuesday that the Vernon, Calif.-based e-tailer will be required to pay $4.2 million for misrepresenting shopper sentiments about its apparel and accessories. The case is the first in the Commission’s history to challenge a company for concealing unfavorable reviews posted to its website.

The complaint alleges that Fashion Nova worked with a third-party online product review management platform to suppress shopper product ratings lower than four stars out of five. The brand used the platform to automatically post positive reviews, while holding lower-starred reviews for its later approval, the FTC wrote. From late 2015 through November 2019, however, it failed to post the hundreds of thousands of missives from nonplussed shoppers, depriving other consumers of information that could potentially impact their purchasing decisions, and artificially inflating product ratings.

“Deceptive review practices cheat consumers, undercut honest businesses, and pollute online commerce,” Samuel Levine, director of the FTC’s Bureau of Consumer Protection, said in a statement this week. “Fashion Nova is being held accountable for these practices, and other firms should take note.”

The FTC announced that it would be sending letters to 10 other companies that use similar review management services, placing them on notice that avoiding publishing negative reviews violates the law. It also released guidance for web-based businesses and review platforms on appropriately managing reviews. The effort follows a similar push that took place in October, wherein the Commission warned over 700 businesses about the threat of civil penalties should they tamper with reviews.

The case is not Fashion Nova’s first brush with the FTC. April 2020 saw the prominent women’s wear brand—which has also worked with the likes of Khloe Kardashian, Kylie Jenner and Amber Rose—incur allegations that it withheld information from shoppers about the status of late orders, failing to give them a chance to cancel when merchandise was not shipped in a timely manner. The company also illegally leveraged gift cards to compensate shoppers for unshipped goods instead of providing them with cash refunds. Ultimately, Fashion Nova paid out a total of $9.3 million to settle the issue.

“The Commission is committed to ensuring that consumers and honest businesses are not cheated by dishonest review practices,” the FTC wrote, in the latest case, noting that it voted unanimously to issue the complaint. It also voted 4-0 to accept the company’s consent agreement, in which it acquiesced to the settlement without an admission of liability. The FTC will soon publish a description of that agreement, and it will be open for public comments for 30 days through the Federal Register. Any comments will be taken into account before the proposed consent order is finalized.

“The Federal Trade Commission’s allegations against Fashion Nova are inaccurate and deceptive,” a company spokesperson told Sourcing Journal Wednesday. “Fashion Nova never suppressed any website reviews, and it immediately and voluntarily addressed the website review issues when it became aware of them in 2019.”

Fashion Nova said its failure to review and manually release reviews that were filtered by a “reputable third-party enterprise software vendor” was accidental. “At one point in time, the company inadvertently failed to complete this process given certain resource constraints during a period of rapid growth,” the spokesperson said. “That issue was remedied several years ago and all previously unpublished reviews have now been posted,” they added, as long as they complied with “reasonable terms” like being relevant to the product in question and free from profanity.

The spokesperson said the brand is “highly confident” that Fashion Nova would have won the case in court, and only agreed to settle the case to avoid the distraction and legal fees that it would incur in litigation.

This week’s proposed settlement portends increased scrutiny for the label, which the FTC said “will also be prohibited from making misrepresentations about any customer reviews or other endorsements” going forward.

The Fashion Nova celebrity fervor appears to have mellowed in recent years, though the company owes much of its commercial success to its high-profile collaborators. Cardi B released two collections with the brand in 2018 and 2019, and despite near-immediate sellouts, the artist hasn’t dropped a new line since. Four Cardi co-designed styles remain on Fashion Nova’s site, and all have been deeply discounted. Megan Thee Stallion’s relationship with the company appears to be ongoing, with a line of apparel dropped in 2020 and a swimsuit range that debuted last year still prominently featured on the site—albeit on sale. Neither artist has commented on the latest FTC filings against the company. Bona fide celeb mentions, meantime, have made way for more content from models and influencers on Fashion Nova’s social media feeds.

The once white-hot brand’s now tepid appeal with prominent partners could stem from wariness about its legal woes. Beyond the FTC’s censures of the online retailer, Fashion Nova has come under fire for worker rights abuses at its California factories.

The brand, which markets itself as largely Made in the USA, was investigated by the U.S. Department of Labor (DOL) in December, 2019 for failing to pay out $3.8 million in wages owed to hundreds of Los Angeles garment workers. Some reported earning as little as $2.77 per hour, despite the county’s minimum wage at the time being between $13.25 and $14.25.

Last spring, an LA-based subcontractor that supplied garments to one of Fashion Nova’s factories was found guilty of wage theft and overtime violations—and it committed these crimes while banking government funds. According to the DOL’s Wage and Hour Division (WHD), Sew Nice Inc., an apparel producer for Fashion Nova manufacturer Annabelle, pocketed a $4,200 Paycheck Protection Program (PPP) loan in April 2020, all while failing to pay workers minimum wage or overtime earnings. Following the investigation, Fashion Nova severed ties with the subcontractor. It denied wrongdoing in both DOL cases.

Despite its run-ins with government entities stemming from both consumer-facing and labor-related issues, the brand said this week that it takes pride in its ability to retain a deeply loyal following. Eighty percent of shoppers are repeat customers whose feedback allows the company to “keep getting better in everything that it does,” the spokesperson said.

“Fashion Nova continues to be an entrepreneurial-led company,” they added, noting that it is “solely focused on providing a great assortment of fashionable clothes at very affordable prices.”

Sat Jan 29 , 2022
New York Post may be compensated and/or receive an affiliate commission if you buy through our links. You may find yourself asking what adaptive clothing is. The truth is, this is a question for many, as it usually arises from the lack of integration with those less abled. In other […] 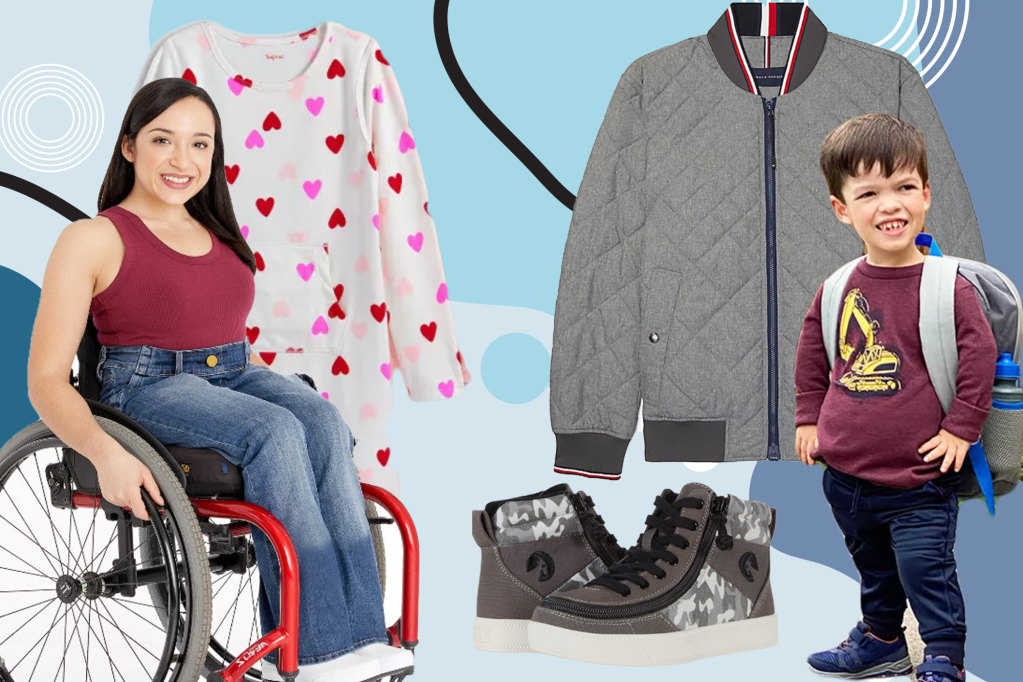