Lailani Manimbo draws plenty of inspiration in her life from BTS — even when it comes to her fashion sense. Several times throughout the year, the 32 year-old neurosurgery RN from Torrance regularly hosts a cup sleeve event (with COVID-19 precautions in place), called Boba With Luv, named after the popular BTS song “Boy With Luv.” In K-pop culture, cup sleeve events are typically hosted at a boba tea house.

With a drink purchase, you receive a commemorative cup sleeve and other freebies, while socializing with other fans and shop vendors and showing off your BTS style. Manimbo’s latest event held at Almond Haus Cafe in Garden Grove celebrated the anniversary of the Permission to Dance single ahead of the group’s sold-out, four-night run at SoFi Stadium which concluded Thursday night. Tonight, the band concludes their L.A. stint with a performance during the iHeartRadio Jingle Ball tour next door at the Forum.

Whether making their own high-end, unofficial merch or just dressing like them, BTS fans across the world converged on L.A. to showcase their style. Manimbo says being a part of the BTS ARMY made her more confident in expressing her feminine-meets-preppy aesthetic. “Just seeing [BTS] dress with ease but remain stylish has always been something I’ve looked up to,” she said. “I think when you begin to love yourself more … you become more comfortable while also wearing styles that make you feel your best.”

As the global mega-stars continue to dominate L.A., creative types have shown up to every gig with getups referencing the band in some way, ranging from the cute BT21 and Tiny Tan characters’ official merchandise to inside-joke DIY outfits to the sleek suits and colorful pastels the group members are known to sport whether in their latest music videos or in their off-duty “airport” fashion.

Their growing influence caught the eye of late fashion visionary Virgil Abloh, creative director for Louis Vuitton, who appointed them as brand ambassadors for the French luxury label before he passed away last month from cancer.

Manimbo and other BTS event holders select creators to showcase high-end BTS fan-made fashion pieces. These wares are coveted by those who still wait in line to buy official merch, but also desire clothes and accessories beyond the standard fare. Many items celebrate BTS with fresh apparel that’s hard to replicate on a mass scale — stuff referencing “Namjooning” (the art of chilling out like BTS member RM) in stylish fonts and on-trend prints.

However, speaking on the condition of anonymity, makers of the unofficial merch told The Times that BTS’ parent company HYBE has started to crack down on merchants for potential copyright infringements via the third party react.org. “It would kind of be sad to see these independent shops be affected,” Manimbo says, noting wearing homemade or small-creator-made merch makes fans more excited to buy official items and participate in concerts.

“I think one of the big issues too, is that I feel like HYBE doesn’t really cater to plus sizes and I think that’s also a big thing,” Manimbo said. “I bought a plus-size fan-made shirt for my friend and she was just so happy to represent BTS because she finally felt included.”

In the past, BTS themselves were no strangers to wearing off-label brands — even with a dash of lowbrow humor thrown in.

In a recently circulated meme featuring honey-voiced member Jimin, the band member is pictured sporting a sweater with the Chanel font in an early photo circa 2013. But instead of Chanel, the logo on his knock-off threads says “Channel” and in place of the iconic interlocking C’s logo are two circles. The adjacent photo is of today’s Jimin: a fully-realized global icon complete with chiseled jawline in the authentic version of the high-end brand. The caption reads: “If you didn’t love me in my Channel…then you don’t deserve me at my Chanel.”

While trading and crafting have long been a part of K-pop tradition, upscale small-batch items like those made by Huey x Solange, the design team behind SoCal-based Kyootypop help expand the band’s reach.

Kyootypop makes BTS-inspired scarves, pins, and mask chains, giving options to people in search of a more mature, understated look. Especially since, as late-night host James Corden found out the hard way, BTS fans are of diverse ages and might want some professional-looking swag to rep at the office.

“For us, it’s BTS’ deep lyrics, dedication to their craft, and love for their music that inspires us,” Kyootypop says via email. “Our designs are subtle,” they go on to say, “so ARMY can easily incorporate it into their style and everywhere they go.”

Ahead of the SoFi shows, creators Melody Kim, Kristine Le and Jennifer Kim Van Nguyen of Montebello-based fashion company Daebop say they wanted to create the perfect concert and festival bag. Their tote is designed for stadium compliance and has inserts so you can show off your photo card or pin collections. For BTS ARMY, Daebop created an “I Purple You” strap, as both the phrase and the color purple hold significance for the fandom.

“We made Daebop because all fans come in different shapes and sizes and they have unique styles. We wanted to create a bag that could be inclusive to all ARMY,” Le said. “We made a blank canvas, the clear bag is actually not just for BTS but all types of K-pop fans. … We wanted to make a bag for any type of concert so you don’t have to spend so much money.”

For others, simply discovering the band’s style delivered a shot of adrenaline into their closets during the pandemic. Newer fans like Toshiko Kadir have fun hunting down the real labels worn by their icons. The 57-year-old real estate agent from Singapore flew out for the L.A. shows and says the BTS Twitter and Instagram fashion accounts under the handle @Bangtan_Style07 have helped her find designer pieces the group wears. She recently tracked down a straw Ruslan Baginskiy hat member V sports in the “Butter” video and the sheer Casablanca top worn by Jungkook in both PTD online and SoFi concerts.

“I’m not a totally fashionable person,” Toshiko says. “But, ever since BTS, I have elevated my fashion … During the pandemic, I started to [dress up] for myself and I would prance around the room with makeup on. I went to buy a Louis Vuitton handbag,” she said. “And I was curious about what items BTS members wore. Now, only the men’s sales section will call me.” A member of the BTS ARMY Over 40 Club Facebook page, Toshiko so appreciated the injection of joy BTS gave her during the lockdown that she later started a project with the group to send thank-you notes to the band’s pro stylists.

On the other end of the age and gender spectrum, while attending the first night of their residency, I spotted a fashionable young trio outside the stadium. I could right away see the BTS influence, especially from one whose elegant tan coat and LV belt instantly reminded me of member V’s off-duty style.

Brothers Karan Bhogal and Preet Bhogal, 20 and 21, both from Diamond Bar, along with their best friend Ryan Chang, 20, from San Jose, confirmed as much. “I’m influenced by V and Jungkook to look cleaner,” said Karan. “In a way that’s me as well.” Preet added, “I definitely feel they help us be more comfortable in the way we look and have style in a way we can feel more confident. A key concept for BTS is diversity, and to love yourself, I think the ‘Love Yourself’ theme and message transcends.”

Sat Dec 4 , 2021
There’s still time to do more holiday shopping. CLEVELAND — While the deals from Black Friday and Cyber Monday have passed, that doesn’t mean you’re out of luck when it comes to some great holiday shopping.  Local businesses throughout Northeast Ohio are still recovering from the ongoing pandemic and could […] 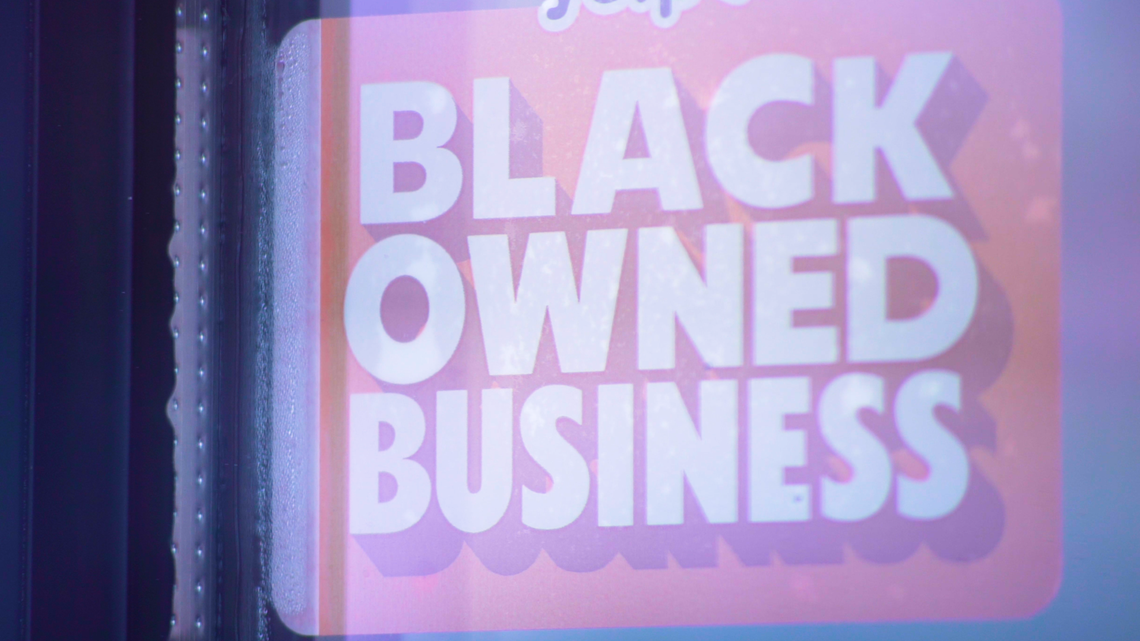