Jerome A. Chazen, an original partner in the Liz Claiborne company, which helped reshape how career women dress, died on Sunday at his home in Upper Nyack, N.Y. He was 94.

The death was confirmed by his son, David.

Mr. Chazen was a driving force behind Liz Claiborne Inc. as it outfitted a generation of women in corporate life looking beyond Brooks Brothers blouses with bows. His fruitful relationships with department stores paid dividends just as malls began to take over American retail shopping. Women’s Wear Daily called him “one of the architects of the apparel giant’s phenomenal growth in the ’80s.”

Liz Claiborne, founded in 1976, grew to become the largest apparel company in the country, offering working women an affordable alternative to high-end designers like Calvin Klein and Bill Blass. It established itself with retailers by producing and delivering entire collections of coordinated separates meant to be worn in tandem. And it helped make pants a staple of the workwear wardrobe.

“I can’t tell you we were smart enough back then to say, ‘American women are about to join the work force in record numbers, and they’re going to need something to wear,’ ” Mr. Chazen told The New York Times in 2007, but “we saw a niche.”

The company went public in 1981. Five years later, it became the first company led by a woman, Ms. Claiborne, to make the Fortune 500. By the early 1990s, it was posting more than $2 billion in annual sales.

Jerome Chazen, known to everyone as Jerry, was born on March 21, 1927, to Rose and David Chazen. His mother was a seamstress; his father worked in commercial heating.

Jerry Chazen served in the U.S. Navy from 1945 to 1946 and graduated from the University of Wisconsin-Madison, where he had at least two fateful encounters before leaving with a bachelor’s degree in economics: It was there that he met Simona Chivian, who would become his wife of 72 years; and his college roommate, Arthur Ortenberg, would go on to marry Ms. Claiborne and become his longtime business partner in the Claiborne company.

After college, Mr. Chazen got a master’s degree in business at Columbia University, where his only A grade was in marketing, he recalled in his autobiography, “My Life at Liz Claiborne: How We Broke the Rules and Built the Largest Fashion Company in the World.” After receiving his M.B.A. in 1950, he took a job as a junior analyst at the Wall Street firm Sutro Brothers before leaving for a job at the apparel manufacturer Rhea Midwest.

Several retail jobs and more than 25 years later, he joined Mr. Ortenberg and Ms. Claiborne in their new retail company, Liz Claiborne; he officially came aboard in 1977, a year after its founding. (Mr. Chazen said in his autobiography that he had initially been unable to join the company outright until he had shored up his finances at his existing job.)

“We came into the business in 1976 when the main mode of dress was in fact a dress — that’s what women wore,” Mr. Chazen said in an interview with Columbia University. “I felt that women were ready for a change. And in fact they were.”

In the quartet of original partners, each had a role to play: Ms. Claiborne, the designer with a finger on the pulse of what women wanted; Mr. Ortenberg, in operations and finance; Mr. Boxer, in production; and Mr. Chazen, in marketing and sales, fostering strong relations with department stores — the industry’s power players in those days.

“He made a point of knowing everybody,” said Allen Questrom, the former chief financial officer of the giant parent company Federated Department Stores. “The salesman is the most important thing — you got to be able to sell — and he played real key role in it.”

Those relations, he added, benefited from Mr. Chazen’s keen understanding of what each store demanded, offering it an array of products that he believed would sell best.

Carol Hochman, who first met Mr. Chazen in the early 1980s, when he hired her to be the vice president of sales for Liz Claiborne accessories, said, “A Marshall Field’s in Chicago needed a different assortment than Marshall Field’s in Urbana, Illinois — and Jerry understood that, and taught his team to plan each store individually, to maximize the product that was going in.”

Mr. Chazen attributed much of the company’s financial success to its decision to move its production facilities to Asia.

“It was obvious that we could not find sufficient factory space in this country to make all the garments we needed at the price and quality level that we had established our company to be,” he said in the Columbia interview. “I suggested to the company that we should consider having goods made overseas. And I thought Liz would have a heart attack.”

The relations among them were strained at times, Mr. Chazen said in his book.

“Art always had difficulty giving me credit for the key role I played in the company,” he wrote. “I had to live with that reality then and for many years after, no matter how my ideas and my management guided the company to success. I guess that I was having so much fun, it really didn’t matter. But, to be honest, sometimes it did get to me.”

Mr. Chazen was an energetic philanthropist, donating large sums to, among other organizations, the Louis Armstrong House Museum in Queens, the Museum of Arts and Design in Manhattan, the University of Wisconsin and Columbia University, where, with a pledge of $10 million in 2016, he helped fund what is now the Jerome A. Chazen Institute for Global Business.

In addition to his son, David, he is survived by his wife, his daughters Kathy Chazen and Louise Chazen Banon, seven grandchildren and a great-grandson.

Fri Feb 18 , 2022
Jo Ja Be Boutique has operated as a successful online business since last summer and owner Jo Briggs has now taken the leap to open her first bricks-and-mortar shop, bringing sought-after fashion brands to the high street. Jo, a former NHS Clinical Admin Manager, has opened her boutique just in […] 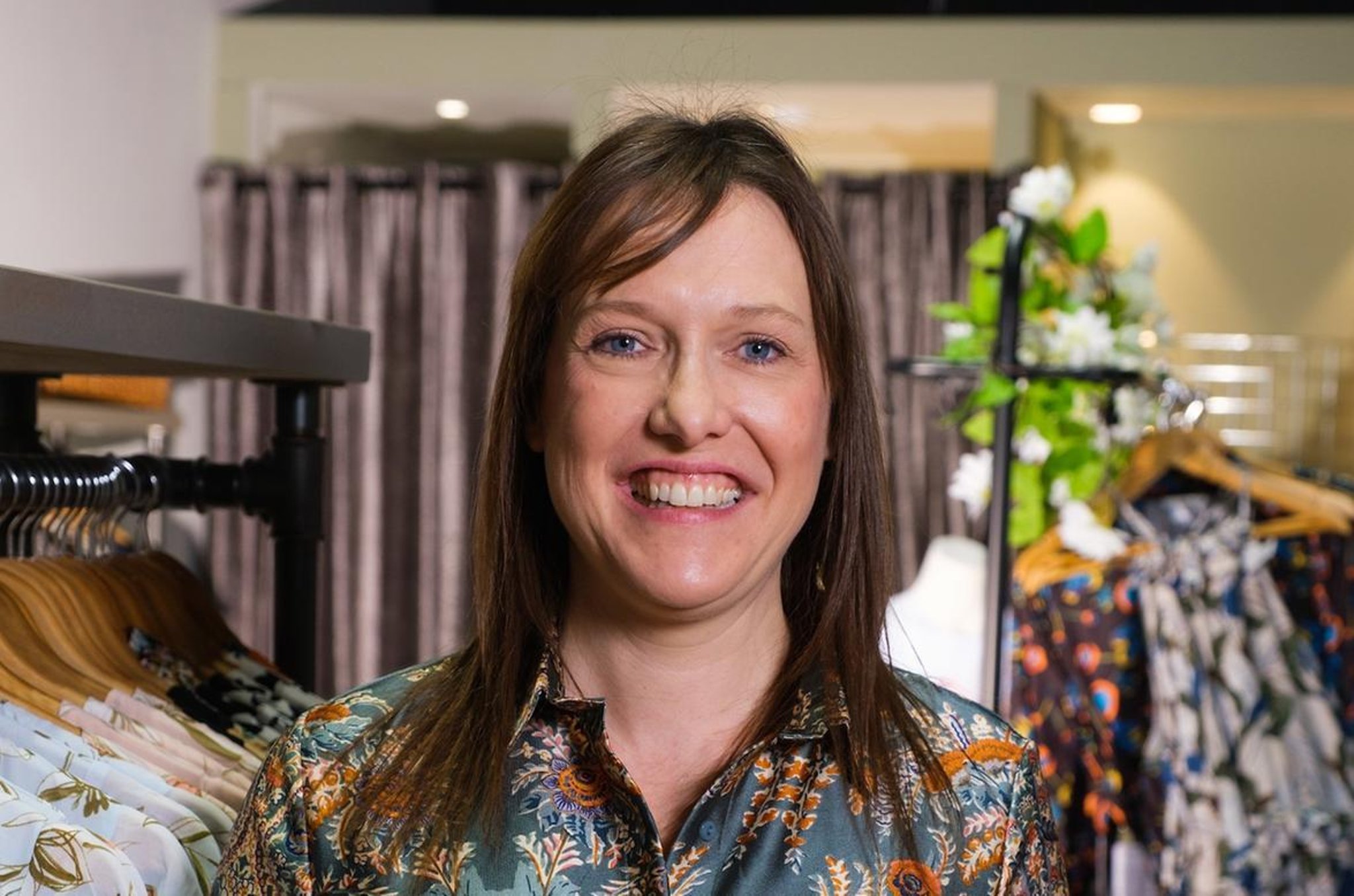