The Story of Mexican Beer begins in 1542, King Charles V authorized brewing beer in New Spain (today Mexico), which was produced in a brewery established in Amecameca and directed by the Spaniard Alfonso de Herrera. They brought in European brewmasters to make it, who had the necessary skill, practice, and experience. This first brewery remained around four or five years, as it did not have the conditions to survive. Besides, the first beers were very expensive and, therefore, the production was minimal. For this reason, it was decided to bring it by boat, but this transport had to have certain conditions so that the drink would not be spoiled.

When Mexico became independent, a wave of European and American immigrants arrived who preferred beer to pulque because the latter seemed to them to have no taste. So in the first half of the XIX century, Europeans began to establish artisan factories. Still, they had to bring master brewers to elaborate it, who were asked to sign a contract in which it was established that they shouldn’t teach the technique here because it was something almost secret.

The first breweries were established in Mexico City, preferably near a river, because much water was used to produce the drink. However, they didn’t prosper because they had to import hops, a plant species brought from Europe, from which the unfertilized female flower is used. Barley came from the United States, but it didn’t have enough quality, so they started to cultivate this cereal in Mexico.

One of the first breweries was established in Revillagigedo Street in the Historic Center of the City, run by the Cantolla family, who came from Spain, but it was not successful. There were other breweries in the same area that operated with limited success.

In Sonora and Chihuahua, some of the first breweries were established, the same as in Jalisco, which was worked by English and German producers. Later, more breweries were opened in the south of the country.

The instability of the XIX century didn’t make it possible to strengthen the breweries.  However, in the middle of that century, there began to be greater demand for this drink, which little by little was displacing the pulque. Beer was also considered medicinal; children were given a small sip to calm them down due to hops’ effects.

It was until the beginning of the 20th century when the great brewing companies began to emerge, such as Modelo, founded by Spaniards in 1925, near the San Joaquín river, to have enough water in foreign manufacturers for its elaboration. Later, they created glass containers and caps, which were very practical for uncovering and protecting the liquid.

Little by little, more companies with national capital were opened, such as Corona -which currently exports to many countries-, Indio, Tecate, Cuauhtémoc, Yucateca, Moctezuma, etc., which were favored by the railroad and maritime transport.

Mexican beer is widely sold all over the world and is very much appreciated. Today, Mexico occupies the tenth place in beer consumption, being the primary consumers Germany (that organizes during one month the Oktoberfest, in which gallons of this drink are served), Spain, France, Czech Republic, Austria, Belgium, United Kingdom, Denmark, and the United States, that has an infinity of breweries.

Unfortunately, in the 2000s, European companies bought the two big groups of producers and distributors of beer, so it was feared the end of the Mexican beer tradition for a brief moment. However, since 1995 small producers have emerged that produce high-quality handcrafted beers and varieties that had been little explored by the big consortiums, which little by little have been gaining the preference of Mexicans and foreigners who have the opportunity to try them.

Mon Jan 4 , 2021
Providing all women and men worldwide the perfect of cosmetics, haircare and perfume by way of quality, efficacy and security. In June 2017, we introduced that Yahoo and AOL joined to develop into a unified digital and cellular media firm as a part of Verizon We are now operating beneath […] 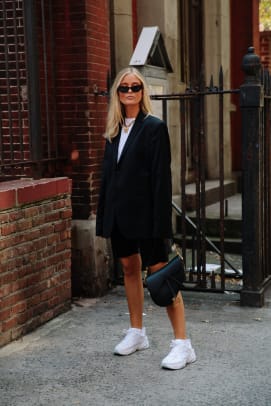