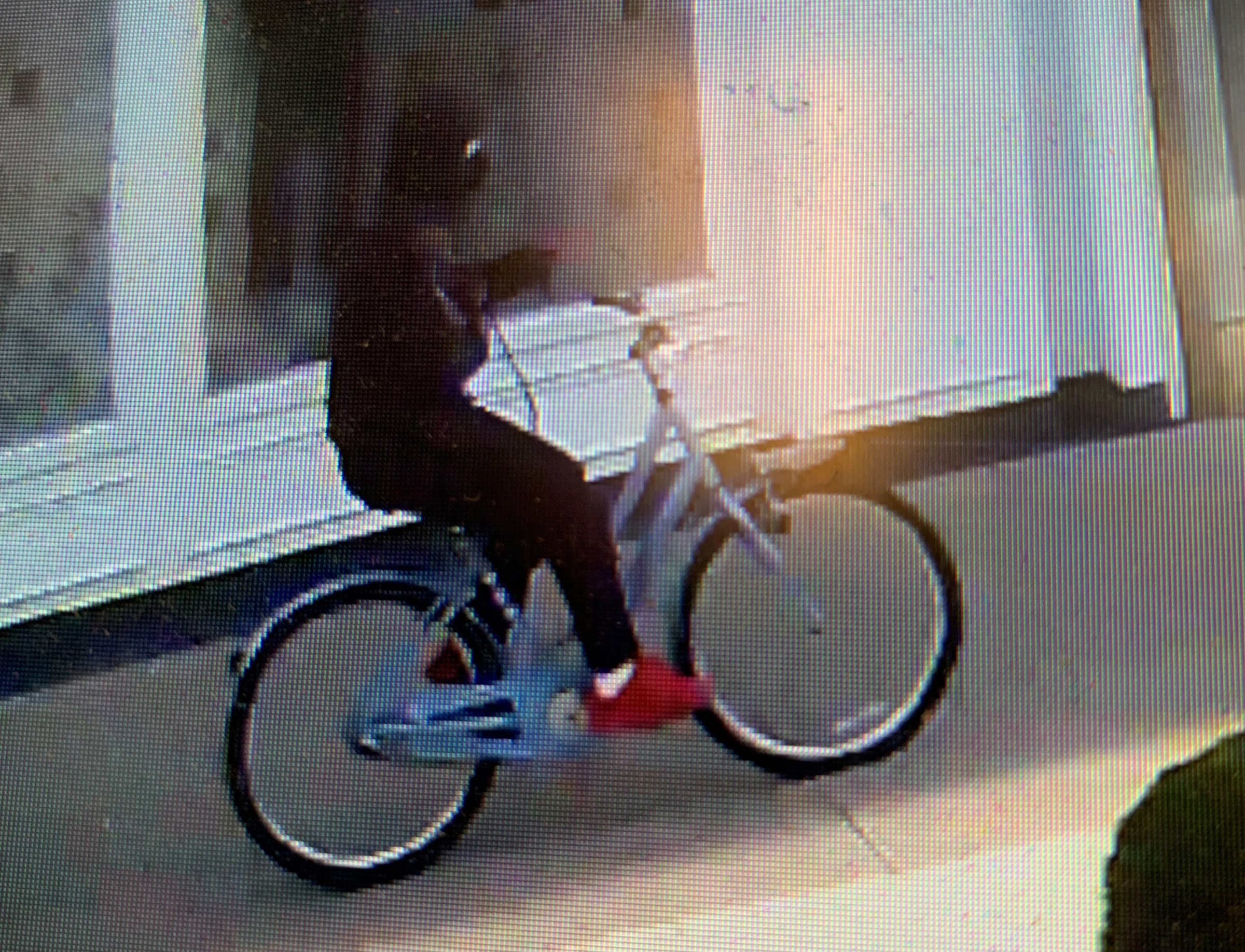 Police are looking for the man on the bicycle pictured above for stealing purses from two women in an armed robbery at Stanford Shopping Center on Jan. 18, 2022. Courtesy Palo Alto Police Department.

The robbery, which occurred at the popular mall at 180 El Camino Real, did not result in physical injuries. The man approached the two women as they were eating lunch outside True Food Kitchen, pointed a black handgun at them and demanded their purses, police said in a press release. The women, one who is in her 70s and the other who is in her 80s, complied, police said. The incident was reported around 2:45 p.m. and officers immediately responded.

The man was initially thought to have fired a shot into the air before fleeing the scene. The women reported hearing a “pop” or “click” noise come from the gun. Other witnesses reported seeing an orange color on the gun, including possibly at its tip. Police said it’s possible the weapon was a replica handgun. Officers didn’t find any projectile or damage from a projectile at the scene.

Witnesses described the robber as a Polynesian male in his late teens or early 20s who was about 6 feet tall, had short curly hair and had an average build. He was wearing a black hooded sweatshirt with red lettering, black pants, red shoes and a face covering. The man was last seen on a blue bicycle riding north toward Sand Hill Road.

As of Tuesday night, police do not believe they’ll produce a sketch of the man. Investigators have released a surveillance image of the man.