Kylie Jenner was faced with massive backlash after she left a story up of an ambulance making its way through the crowd at the Astroworld Festival, where 8 people died.

Fans shared the sentiment that Jenner should have deleted the video as soon as she realised the severity of the situation. Rather than immediately deleting the Instagram video, the makeup mogul left it up for over twelve hours.

Social media users have made no secret of their disapproval of this move, and have now started a TikTok trend showing users throwing their Kylie Cosmetics makeup in the bin, in an act to boycott the celebrity.

“Me after watching Kylie post videos on her story of ambulances while people are dying,” the first text slide reads.

The next text block then pops up with the words, “Girl bye.”

Another video reads: “Kylie was so careless,” alongside the video, Jenner posted on social media. The TikTok vid then shows the user throwing three Kylie Cosmetics lip kits in the bin.

Kylie Jenner was seated in a private area with her sister Kendall Jenner during Travis Scott’s set at Astroworld. TMZ has posted videos of Kylie looking concerned during her boyfriend’s performance, while Kendall is happily dancing away in the background.

Get the latest Hip Hop news, features, updates and giveaways straight to your inbox Learn more

While Jenner didn’t remove her video of the ambulance immediately after the concert, she did remove it the next day. She’s since made a statement on Instagram about the horrible Astroworld tragedy that killed eight people and injured hundreds. Investigations are still underway, but reports say the deaths were a result of a crowd surge that happened towards the end of Scott’s set.

Jenner wrote that “In no world would we have continued filming or performing,” had they been aware of the gravity of the situation.

“Travis and I are devastated,” she continued. “My thoughts and prayers are with all who lost their lives, were injured or affected in anyway by (Friday’s) events.

“And also for Travis who I know cares deeply for his fans and the Houston community.

“I am sending my deepest condolences to all the families during this difficult time and will be praying for the healing of everyone who has been impacted.”

For more on this topic, follow the Hip Hop Observer.

Watch another TikTok user bin her collection of Kylie Cosmetics:

The Best Trend Tendencies For Spring 2021, In accordance To Shopbop's Vogue Director

Mon Nov 15 , 2021
Offering all women and men worldwide the best of cosmetics, haircare and perfume by way of high quality, efficacy and safety. Discussion board. Any claim in opposition to us shall be introduced completely within the courts positioned inside the province of Ontario, Canada. In such cases, you and we conform to submit to […] 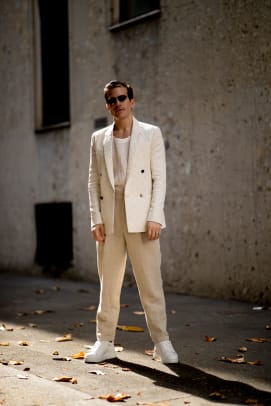