As someone who doesn’t even own an iPad, often this Paris Fashion Week I felt like an 18th-century person transported into the future, ever so jumpy in my silken culottes at the shock of the new. That’s not to say technological opportunities aren’t invigorating. I loved Olivier Rousteing’s idea to film some of the famous front-rowers of fashion and line them up on screens on the actual front row of his Balmain show. When I posted pictures of it on Instagram, a friend sent me a text, musing: “The evident importance to humankind to insert hierarchy even where there isn’t any needed, to feel order…” Maybe my friend was right: Fashion loves its ideas of establishment.

But Rousteing’s gesture was also one of community. “For me, without the physical experience, without having you to talk to, it’s really hard. It’s hard for a designer to create without an audience,” he told me backstage. “All the editors you see on those screens have supported me historically. As a designer, fashion critique is important to me: growing and being challenged. I was so happy that everyone wanted to be a part of it.” Inventing ways of inclusion was a big theme this Paris Fashion Week. No one did it better than John Galliano (an oft-used sentence), who gifted us with his second feature film since lockdown. This one was a ravishing 40-minute moving collage, comprised of making-of-the-collection footage and a beautiful short film centered around his season premise of tango.

“Connectivity: the primal, instinctive connection,” Galliano said on his seasonal podcast. Tango, he explained, is a generational thing: “That sense of community: communicating, bonding, rejoicing, celebrating; it’s all tango. And I felt it’s something we all hunger for at the moment; this connection. I don’t talk about co-dependency but interdependence.” Galliano is a master at capturing a collective emotion and translating it into dressmaking and imagery. When I say he gifted us with this film, it’s because it goes so beyond the target audience of a fashion show that it’s literally a gift to anyone interested the arts (i.e. everyone).

Speaking of emotions, you get hit with them from every conceivable angle in this new “phygital” fashion landscape. It’s a cliché, but the emotional value of a real-life runway show can’t be denied. Christian Dior was my first show since March, and I’ve rarely been so excited to sit on a chair and watch clothes waft by. A fairly traditional setup, Maria Grazia Chiuri’s show didn’t reflect on the fashion show format, but was instead a statement on how lockdown may change the way we dress. “For a long time, there was a moment in fashion when clothes had to have a dialogue with other people; to express your opinion to other people. At this moment in time, I think it’s more about a personal relationship with ourselves,” she told me. “You want to take care of yourself. I feel that, so I think other people need that feeling, too.”

The Glorious Absurdity of Paris Style

Thu Oct 8 , 2020
It was the large floating dachshund spaceship that did it. It drifted around an expansive Art Deco coliseum — internet site of the 2132 Lunar Online games, an intergalactic extravaganza supposedly getting location 239,000 miles from earth as guys and women in 50 shades of intricately worked sporting whites flew […] 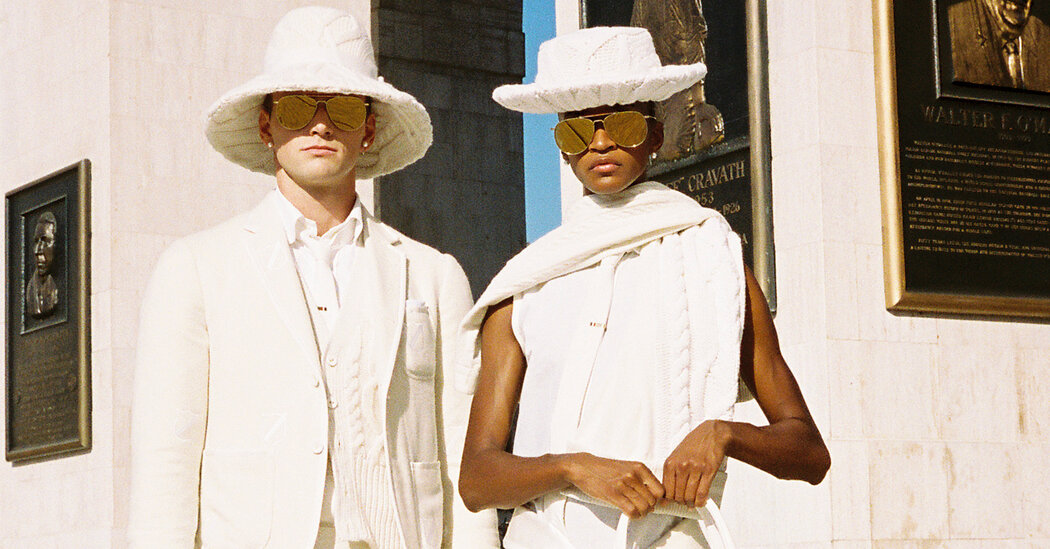