Way back in 1983 I came upon an unusual property here in Dover, Kansas and I was eager to see it. I have a degree in history and this site is certainly of historic significance. What is now a three storey home, two of which are underground, was originally an Atlas E Missile site.

© Courtesy of Edward and Dianna Peden
A view of the 150 feet of entry tunnels at Subterra Castle.


There was a four megaton thermonuclear bomb stored here in the 1960s. It was an active site with a missile between 1961-65, including during the Cuban missile crisis in 1962.

When I saw the site I was perplexed by it because it was flooded and in ruin, but still very interesting. I just could not forget about it. We ended up buying the property from a salvage company who had already worked on stripping out anything directly related to government activity, so the government was pretty much out of the picture. It was very expensive to build and I got it for a decent price, but I really wasn’t sure what I was going to do with it at the outset.


However, it’s been our adventure ever since. It’s still a hardened structure that has a military feel from the strength of it, it has 150 feet of underground entry tunnels, there’s an 11,000 square feet underground garage space and 6,500 feet of living space.

But it took about ten years before my wife and I could live here because the place was completely flooded. The former diesel generator room, which we now call the “great room” had 8.5ft of water that had to be drained and that left a real mess to be cleaned up. It wasn’t until 1993 that we were able to move in.

The whole property is three storeys, we have two storeys underground and we have a structure above ground which is a greenhouse. The original ceilings of the underground structure were 15 feet high, so we were able to create two storeys, and we have the great room in the middle where we have retained the original ceiling height. As well as four bedrooms, we have three sleeping nooks and have been able to sleep up to 26 people at one time over the years.

Where Are Coronavirus Cases Rising In The World?

The first storey has bedrooms and commercial kitchen and the great room, and the second storey has more bedrooms and kitchens, as we have a total of three kitchens in our underground home. The greenhouse and growing area for plants and food is on the ground level above us.

It’s spacious, interesting and we love living here. You never feel claustrophobic and we’ve had a lot of friends to stay over the years. We used to have gatherings of 20 or 30 people here and we’ve had gatherings of 110 people in our great room. It’s nice to have that option with so much space underground here.

We named the property “Subterra Castle” because subterra means “under the earth” and because it was built for military, defensive purposes, in many ways it feels like a 20th Century counterpart to traditional European castles. Most homes do not have a room the size of our great room. So the property is almost castle-like in its scale.


We own 35 acres and we have a landing strip where aircraft can land. In 1992 we installed an orchard on the land outside and in 1996 we added a pond with fish. We actually used to have a sweat lodge outdoors and there is a cabin that can be inhabited on the land, too. The property even has a military installed sewage system that can cope with up to 40 people!

We currently get electrical power from the grid, but we have a generator and solar panels that we used for the lighting here. So we could do pretty well off the grid.

This is also the strongest structure in the local area. The Wabaunsee County Courthouse in Alma would likely be the next strongest. It’s prettier but not as strong, and obviously it’s not underground.

The technology exists now whereby all the surface structures could be down and in waste and this property would still exist. Our underground bunker could withstand a local nuclear strike and Kansas tornados. It’s a unique home, the concrete walls are very strong, we have earth over the top of us and temperatures are very easy to manage with the insulation of the earth above.


We’ve always thought there may be a time in history where people would want to come here and go through a difficult period above ground here. And the world certainly seems a little bit crazy right now, there are unprecedented events happening around us, like COVID-19. So it’s been nice to be in the countryside, underground and feeling very safe.

We are staying at home a lot at the moment as we only have to go into town for some groceries now and then. In the past year we have actually had three calls from different people who wanted to be safer by staying here, but we weren’t ready to take on new people who we didn’t know very well.

We are now looking to sell the property. I am 73-years-old and I am having trouble keeping up with the maintenance of the place. I had a stroke five years ago and I’m not as healthy as I used to be, so it’s maybe time to let this big place go into someone else’s hands.

We’ll probably stay in Kansas and buy an above ground property, as my family is here and I wouldn’t want to move too far away from them. But I would miss being underground and the safety and security you get from that.

I think almost anyone who experienced this place would come to enjoy it quite well. I’ve been working on the place for 38 years, more than half my life, and I believe it’s an excellent and unique property. We hope to find someone who can appreciate it in the future.

Edward Peden and his wife Dianna have lived in Subterra Castle since 1993 and converted the former missile bunker into a three-storey inhabitable property. For information visit subterracastle.com. For information on purchasing the property, please contact Matthew Fulkerson on [email protected]

All views expressed in this article are the author’s own.

As told to Jenny Haward.

Thu Oct 8 , 2020
Richard Azzopardi, a senior adviser to Gov. Andrew M. Cuomo, mentioned that he was sympathetic to the problem. “If there is any time when a chuckle is required, it’s now,” he mentioned. “We’ve been conversing to the business and other stakeholders, and it is our hope we’ll be capable to […] 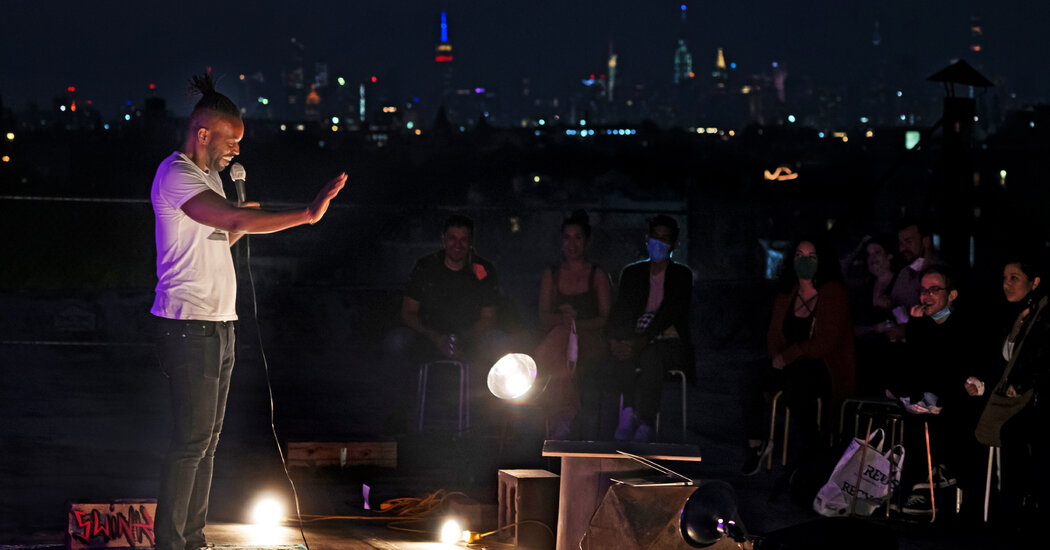